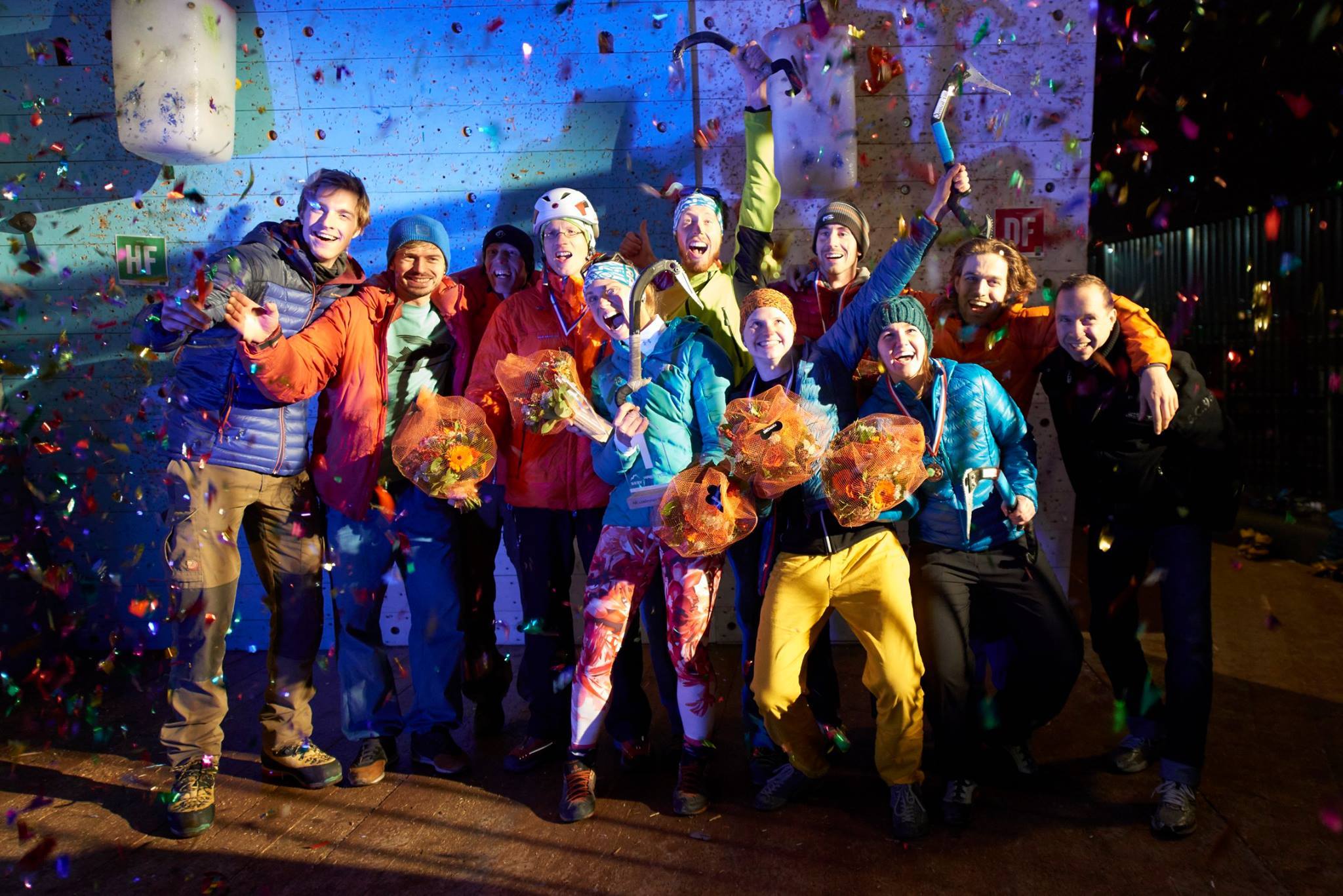 Also the world cup started today in Durango US. Unfortunately a bit too far off for us but no tears: we have the second Dutch National Iceclimbing championship!

We have been training from August onward with a steadily growing crew that also became stronger every training. Last week we had our final training session in Starzlachklamm Germany. All set for this weekend’s competition! 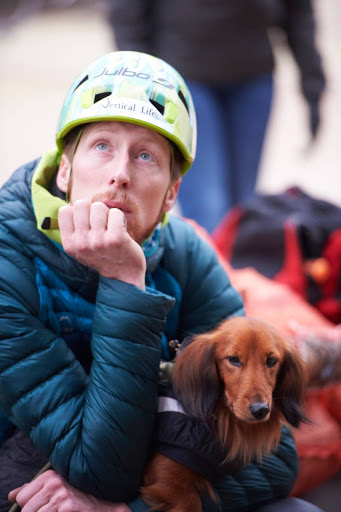 Once again we were in the hands of others organising and route setting; something that only happend last season with the first Dutch national ice climbing championships. Losing some control. Climbing is all about self control and precision, and we are having a hard time getting used to losing this bit of control.

Last year we really enjoyed the competition but we were very critical about some of the organisational parts of the completion. Which was a bit to much for some…

From our point of view last season was good, but the 16/17 comp had to be even better! 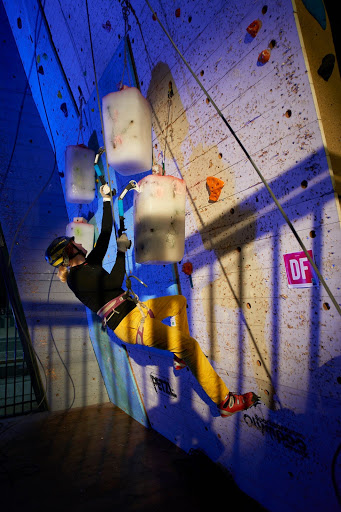 The whole climbing area was so scenic, nicely dressed up with fireplaces, a bar with hot chocolate and gluh-wine for the spectators. Christmas trees and lights in the background.

And very important for us: like last year there was great lighting on the wall. 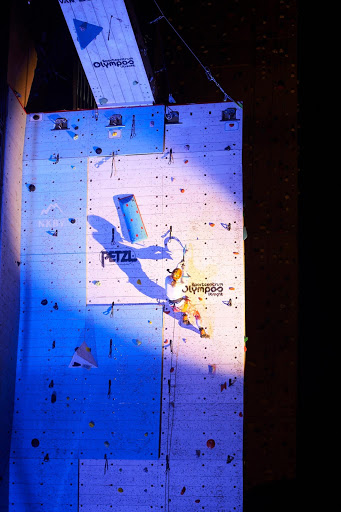 Everything was ready for the finals.

The route setters (Elwin, Niek and Ralf) set great routes. They switched from black holds, which were difficult to use in the dark, to bright, maybe even too colourful, ones. And there was REAL ICE hanging in the start of the route!! (What’s an ice climbing competition without ice?) This ice was frozen in a local fridge company Klaas de Jong and even with the +12ºC temperatures the ice was holding up great! 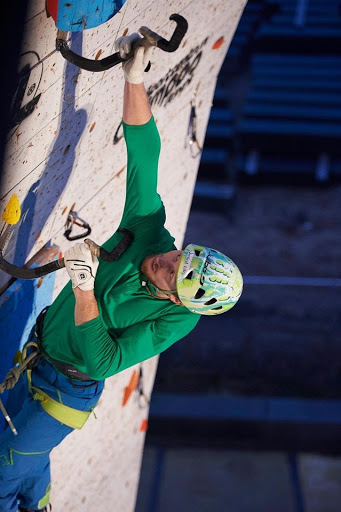 The qualification routes where technical and sometimes a bit sketchy. As expected by the public, we both managed to top the routes. Being the favourites, is a huge stress factor though and a really nervous Dennis climbed slower than Ferdinand and Jurgen,  and qualified third. Marianne qualified a steady first place. 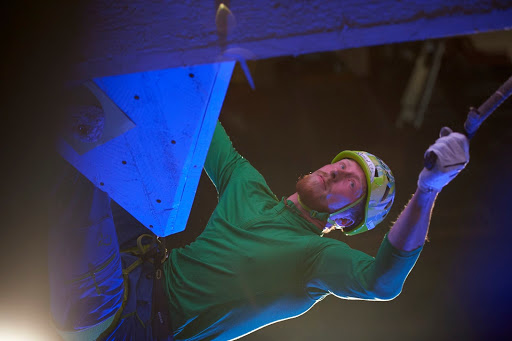 I really wanted to keep my Dutch Title so after reading the route I decided that it had to be “fast and furious”. I started in a good pace climbing to the beat of “Rage Against The Machine”. Moving fast and singing at the top of my lungs “Fuck you I won’t do what you tell me!” skipping the first hold in the roof. Unable to see the hold behind the volume I decided to go BIG. Getting pumped in the roof I climbed on, kicking hard in the roof, conquering the final icicle and I topped out the route with 1 minute left on the clock. Better compared to last year; nice! 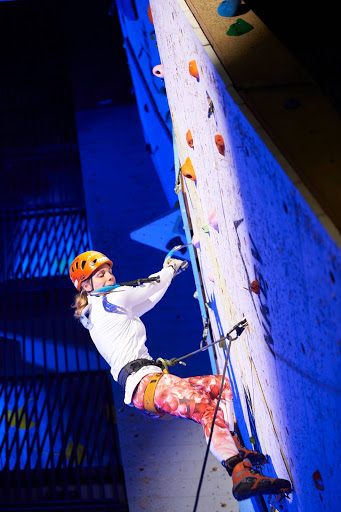 Marianne started climbing strong and super steady. Way steadier and stronger than required for the route, only because of the nerves. She was keeping a steady pace, easily reaching the roof. Kicking in her crampons all the way way to the nose of the boot. In the roof  she was using every hold available, making loads of moves but keeping the steady pace. She reached the end of the roof easily. With half a minute left at the end of the roof she reached for the final top hold and clipped the last quickdraw. While the count-down started: Five! Four! The crowd roared! Three!! She placed one tool in the Blue finish zone …Two!…One! … and topped out! 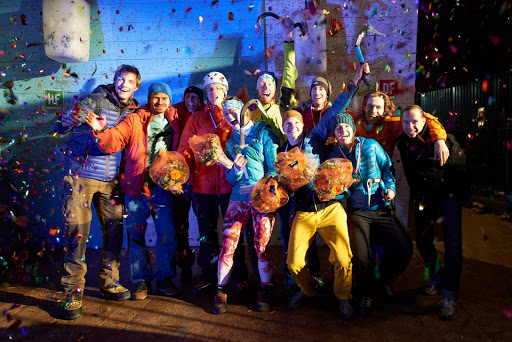 It was another great National competition with a super cool atmosphere, lovely crew, and competitions. Thanks too all making it possible!