For the last 5 years Verticallife has been organising the DDE (Duth Drytool Event).

This way we create training facilities in the Netherlands and a bigger mixed climbing platform. 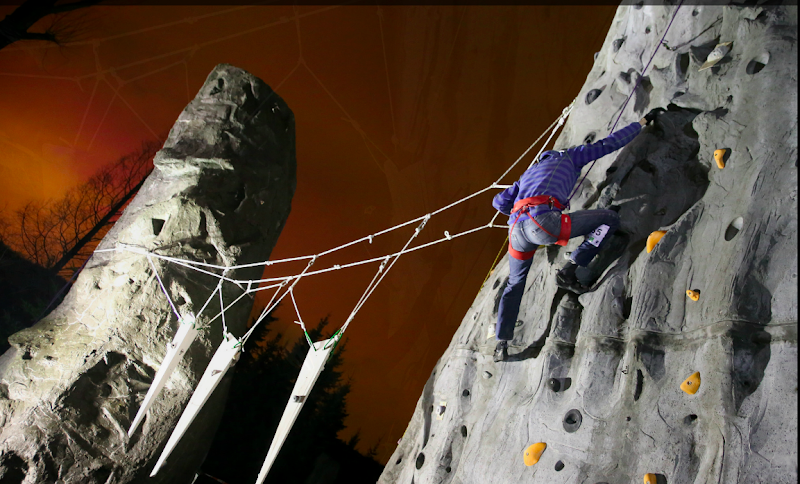 This year the DDE at Monte Cervino was another succes with loads of new climbers joining the event and also new faces in the finals on the end of the day.

The finale routes where truely challenging. Fortunatly the routes will be availible for training till the start of the spring. 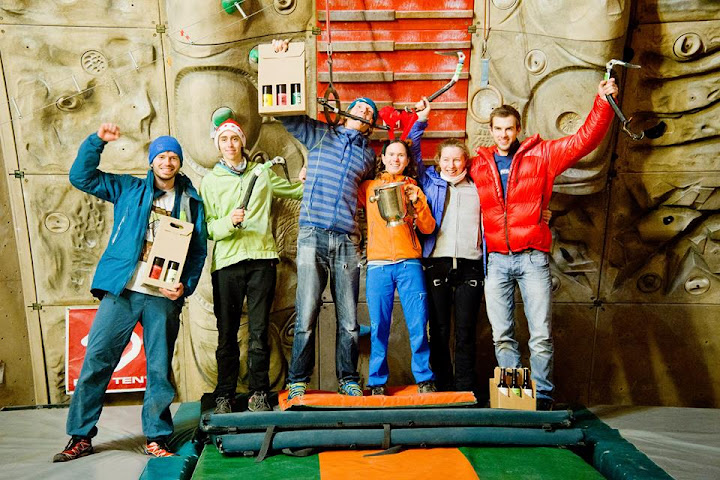 The Podium with Ramses beers prices.

Another new development this year is a worldcup style training wall in Utrecht.

The NKBV (Royal Dutch climbing and Mountaineering federation) in cooperation with Olympos in Utrecht have been working on this from the early autum. Verticallife has been closely involved in the preperation, building and realistion of the wall in September/October.

The base is the existing overhanging outdoor “Kalymos” climbing wall. We placed woodpanels in front of them so we are able to kick with our crampons and placed T-nuts to facilitate drytooling holds. There are also loads of anchoring points for lead climbing and putting up “icicles”.

The wall is not just made for worldcup style training but also for instruction and workshops that can be booked at the NKBV. On Januari the 9th 2016 there will be the qualification for the National iceclimbing championship. The Finals will be held on 5th of March.

If you want to climb/ train here youselfs it’s no problem just vist Olympos webpage and make sure you have the prober climbing experience (klimvaardigheids bewijs).