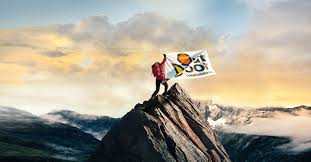 OutDoor is THE trade fair in Friedrichshafen, Germany.
Here you’ll find everything from anyone and anywhere. All that’s new, improved, changed or just so good it’s still there.

As Dennis is Industrial Designer and I’ve been (professionally) into all climbing aspects and we’re both sponsored by a few brands; we just had to visit the show.

For a change we had just 1 day and a few hours to meet our sponsors and see whats on the market now.
So no time to view it all.

Plan was to narrow our focus to our biggest interest: climbing equipment, especially technical hardware. On the way we spotted other things, and missed things and found old things.
As we always do; here a small review on some products we noticed.

This was our sixth time on the show, so we’ve seen quite a bit. Both ‘gear-freaks’ we’re collecting old climbing stuff too and got to know a lot of the development within the market. How harnesses have changed within the past 50 years (they didn’t even exist before that time) and how carabiners differ now.
Alltogether we were a little disappointed. We didn’t notice a lot of innovation. It was there, yes, but by far not as much as what we were hoping for.
Maybe we don’t notice it so much as we’re too much into the process of development ourseleves. The changes are too small for us. But maybe for the consumer the changes are still huge.
I don’t know though…

DMM showed a new harness using a finer lycra-like material for the padding instead of the more common mesh padding.
It looks smooth and well shaped and the bright blue looks fresh.

Black Diamond has a kids-harness that actually might work. It has the connected leg-loops that make sure your child can’t ‘pop out of it’s harness’ when their legs go upwards towards their face (because of the different body-shape of a child and lack on body tension this move happens more often)

Edelrid made an even lighter version of the LoopO-light and updated some other harnesses too. They already have a super nice kids-harness that works. With padding and all, brands like Petzl and Skylotec are far behind on this.

At the booth of Wildcountry I saw a woven textile that looks different from other harnesses. Just nice, for the looks, nothing more.

Grivel decided to make their harnesses more comfortable with a big padding. It’s yellow, it don’t like yellow. Maybe it works, I don’t know.

The EN-norms and how equipment works

For a while I’ve been advocating a change in the EN standards. To my opinion the standards are old, outdated, not safe (anymore) and blocking the actual development of products.
An good example is the way equipment is tested. Take a quickdraw.
A quickdraw used to be a single non-locking biner you clip in the bolt and rope. It changed into two biners with a textile webbing to avoid friction and make the process of clipping in rope/bolts easier and safer.
The way the quickdraw is tested is outdated; you test every individual piece on a 10mm (or 8mm) pin-bolt to see if it holds the required minimum force.
The manufacturer then puts the biners and sling together and there you have the quickdraw.
Now what if you test the whole linked system? Will it hold the same force?
I (and others) tested this and…the linked system holds far less and sometimes even below the EN standard…Not to mention the difference between a year old quickdraw compared to a fresh-out-of-the-factory version or the difference between different ‘independent’ testing institutes.

Now you can question:
What is the standard based on?

Why this exact amount of kN?

What’s the research behind it?

why test individual pieces if it’s always used as a linked system?

Why not test used equipment too, so you can determine use, wear, fatigue ect.

I can go on with my question list for a while here but maybe this gives you a hint on why I don’t believe the EN standards actually make climbing safer.

Edelrid now showed a product that challenges the EN norm.
A harness that has an integrated shock-absorber and fall-arrest system (via-ferrata kit).
I really wonder how they get (or got) this right through the norm.

The idea is brilliant. I think this integrated shock absorber system should be used in many more products like industrial harnesses in for example the windmill-industry.

How climbers use carabiners has been something similar for ages. The general shape, closing system and amount of force it holds has been pretty much the same since the time of Pierre Alain.
Still, small improvements are made, like the closing system (twist-lock, ball-lock, safe-biners) but altogether the ‘screw-gate’ stays most common.

DMM did a whole improvement on their carabiner range.
From changing the standard diamond-shaped profile on the barrel to the closing system itself. The issue “oh, I can’t open it any more, I’m screwed” has been solved.

Black Diamond finally has an auto-locking device. That looks like a Edelrid Jul2 that f*ed a Mammut Smart, the result: the Salewa Ergo. Wel done guys, you copied the Ergo. Took a while though.

The Trango Cinch had a makeover and a new name: Vergo

Wild Country managed to look beyond the climbing scene and got into sailing. They showed a two way turning wheel that locks when it gets too much speed. The good thing is; the lowering of a climber is identical to the lowering when using a tuber-like device. So no awkward handles, pulleys or other extra maneuvers.
Still, we noticed it’s needs quite some fine-tuning before it will get to the market. The device on the show had really sharp edges. The device is less bulky and heavy then I thought.

Everyone on Social Media is talking of the new Gri Gri. Personally I don’t find it much of a ‘revolutionary design’ as some say. That it’s still shaped like the commonly know Gri Gri is a good thing. People know the device, so they feel comfortable with it. Which might help the sales a lot.
The lowering where the handle lays lower, more natural is indeed better. It has a anti-panic function that helps you using the device correctly (and thereby safe the climber and the rope) But having a device that can change in mode from top-rope to lead, might confuse the beginner too much. I think it might lead to unnecessary errors in the beginner-user.
Devices like the Jul2 are far more simple and clear, a better option to my opinion.

The Mega-Jul had an update, making it more durable (less wear on the edge where the rope runs) the ‘fatter’ design makes it look bigger and therefor the ‘old fashioned’ climber that doesn’t trust thin devices might start to feel better with this design. Personally I find it a step backwards to have the ‘bulky’ look. Still, the function and simplicity is great.

MadRock launched their Lifeguard again, an updated version of two years ago.

Theres a brand that isn’t well known in the ‘Western climbing world’, it’s called IceRock (IR).
They make super nice ice axes and recently introduced their new belay device called ‘Gnome’. It has an EN standard and it runs so smooth, far better compared to the conventional devices like Grigri or similar.

Bolts, cams, anchors and other pro

Totem has a bigger (and smaller) cam. The orange (bigger) and black (smaller) cam.
Great cams.

Kong got tricked into paying an man that makes small electrical devices.
I guess he came from a different business first where the ‘trigger finger’ wasn’t so popular after all.
The guy made a ‘retrievable anchor’. You can clip out the draw/cam/whatever on a 100m distance using a remote control.
Maybe it’s something that can be used in canyoning.
But it needs quite some improvement to convince the buyers (would it meet any EN standard…? I don’t thinks so…)

Still interesting to see electrical devices making their way into climbing.
I know my brother did a project using LED’s in holds, making climbing a game at about 8 years ago. He published his research at the TU Delft back then.
Finally these kind of things are being implemented more and more.

Curious to see what other uses Arduino-likely things will have in the climbing scene soon.

Slings and other tapes

Interesting to see most brands get back to the ‘bulky’ way, understanding the thin slings are not so strong after all (after testing it seems Poly Ethylene doesn’t last so long in slings).

A small company got the idea to braid nylon differently. It’s like a daisy-chain but different called RunLock. They said the small version holds up to 170kg, the thicker versions more. Funny stuff, I guess rope manufacturers might copy it and sell it too, soon.
Still, good stuff, I wonder how it will work with stronger materials like aramid.

Black Diamond brought out their rope series. Not made by BD themselves. Not pretty much every brand has ropes. So it seems we will get a ‘fight’ between the different brands soon about who makes the best ropes.
Well, if it’s all the same braiding machines, all the same supplier theres not much difference after all.
I’d stay with the real (German/Swiss) manufacturers like Mammut, Teufelberger and Edelrid or ropes that are re-branded but originally from these manufacturers.

Mammut makes climbing more personal by having a chalk bag you can cross-stitch. Looks funny.

Edelrid and Monkee are together now, making fashionable and functional climbing wear away from the original Edelrid-green.

Kailas made a see-through helmet, it felt really flexible, not sure it it will be available on the European market.

Grivel got a new range of helmets too. They look so ugly in yellow.
Sorry, I know the Grivel brand-colour is yellow, but it’s just like Ryan Air yellow, Lidl/Aldi yellow of Mac Donalds Yellow, it just doesn’t look attractive.

I wonder if all the triangular surfaces are okay. The round surface normally makes it so that it’s less likely to get a full impact of a rock on a helmet. The flat shapes, don’t they actually ‘attract’ rocks…?
The silver version looks a little better compared to the yellow one.

Edelrid did a re-do on their helmet designs. Just a fresh new update and one extra: glow-in-the-dark. Something I actually like, for example in alpine terrain where it’s hard to see your fellow climber in the dark.

And there’s so much more. On my FB page I made a full album of all that we saw. Sharing is allowed (copying not) :)